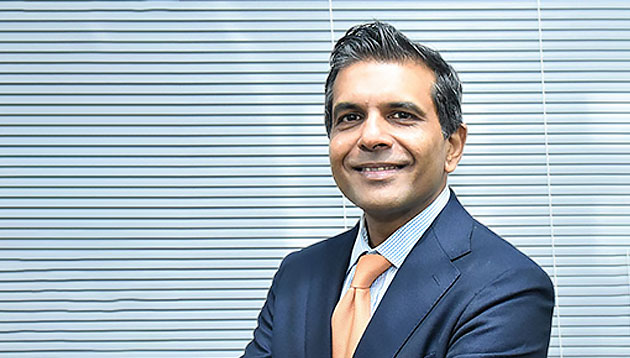 The PROTON brand has grown to become synonymous with Malaysia ever since its founding in 1983. Undoubtedly the pride and joy of many Malaysians, PROTON has scaled to great heights over the past few decades and more recently, continued its upward sales growth trajectory for 2019 after registering 9,127 units for August 2019.

Helming the director, group corporate communications role is Vijayaratnam Tharumartnam (pictured) who has built a wealth of experience in the PR space. He was also previously a broadcast journalist in his early years. Having seen both sides of the coin and solidified his reputation as an industry veteran with a wealth of experience, it is safe to say that Tharumartnam, who is also a speaker at A+M‘s inaugural PR Asia’s conference in Malaysia, has seen it all. He shares with A+M some of the challenges he faces as a result of the changing media landscape, and how he got started in this industry.

A+M: What are some of the challenges you face as a PR person in your role?

Tharumartnam: The biggest challenge has been wrought by the change in the media landscape. The barriers to entry for journalism have been completely obliterated. Anyone with a laptop or a smartphone now has joined the ranks of what was once a hallowed profession. As a consequence of this, the lines between what was genuine news and cleverly disguised advertising have been blurred.

My biggest challenge is in trying to explain to my boss that we can’t just go out and ‘buy’ ourselves a story.

A+M: Where do you see the future of PR moving forward?

Tharumartnam: I think it has already changed drastically. I remember when I first started out, the PR fight was to gain legitimacy. Back then, we were considered the buns, buntings and balloons brigade. However, the profession was able to show its strategic value and with this recognition, PR got a seat at the table. Before the millennium, the PR guy was rarely part of the exco. Fast forward to the noughties, and every organisation had some form of PR person offering high level of strategic counsel.

Today, I fear that social media and the ‘Google it’ gang, may have caused us to regress.

I fear that the industry must learn to pivot and find a new staging point lest we become a relic of a not-so distant past.

A+M: Can you tell us how you got started in this industry?

Tharumartnam: Like most things in life, serendipitiously. I was a broadcast journalist and often came into contact with PR people and many of these times I questioned why they were there! Ironically, it was one of these firms that lured me and off I jumped, believing that I could make a difference. Also it was in tech and pre-bubble, so these were heady times. Tech PR was sort of the cutting edge and so I was quite drawn to it. Also, it paid slightly more!

A+M: Can you share with us some areas you will be elaborating on for the upcoming PR Asia conference?

Tharumartnam: Much is bandied about concerning talent. There’s a constant whining about how there doesn’t seem to be enough of the right sort. I want to talk about whether this is the industry’s inability to define itself or a truly systemic issue. I’m also very keen to talk about the practitioner’s role as the voice of reason and integrity within the brand. Very often there is a tendency for us to drink our own Kool Aid.

It is my view that the communications/PR role is about being the last bastion and maintaining a semblance of.

Although this may seem like a somewhat anachronistic view, I believe it is exactly the thing that separates great brands from good ones.

A+M: Why do you think this topic is important?

Tharumartnam: The digital wave and pay-for-play has changed our jobs as we know it. It used to be that there was some distinction between PR and advertising. Now, that has all coagulated into one amorphous heap and the old rules may not apply. However, the drawbacks of this convergence go beyond commercial issues.

There is a distinct risk for our business because the one shield that we used to be able to defend ourselves with, which was integrity and being the conduit to the fourth estate, is eroding slowly but surely. Integrity is at the heart, or at least should be, of our business. If we are unable to distinguish ourselves from other components, it means we will be going to the days of press agentry and PT Barnum.

[A+M’s PR Asia will come to Malaysia this November, gathering together some of the finest minds in industry to explore the exciting and developing world of digital PR. Join us for a series of exclusive case studies, interactive and thought-provoking discussions at PR Asia on 20 November in Kuala Lumpur, Malaysia. Register now.]

(Read also: TM’s Izlyn Ramli on PR: ‘It can be a thankless job, so we must be driven by a higher purpose’)